Built to fit YOUR needs! 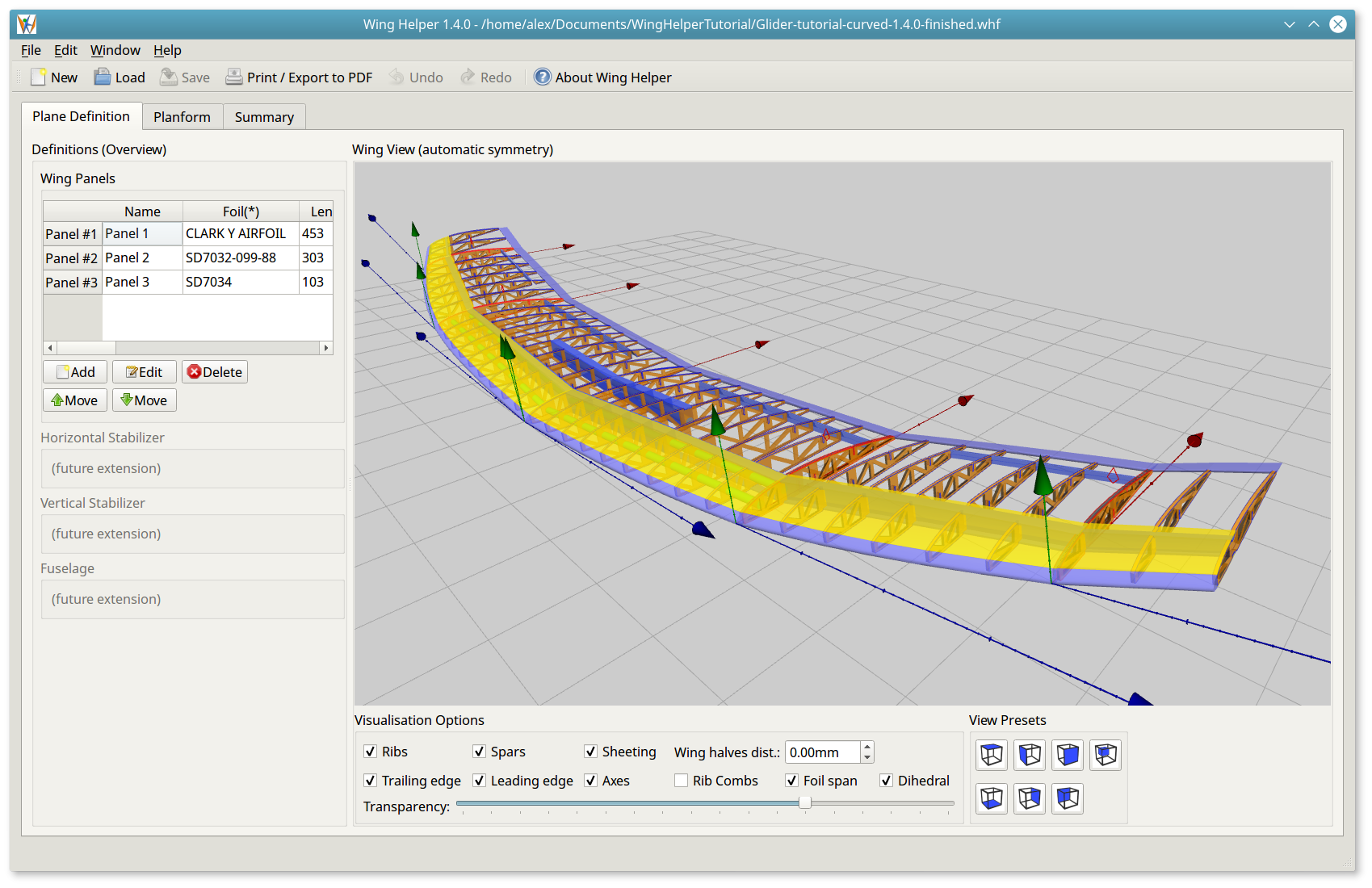 We are happy to announce that Wing Helper 1.4.0 is now officially released! Many thanks to all who participated in the test phase, it was a great job!

Version 1.4.0 can read the files created with previous official versions. Due to a change in the file format, the older versions of Wing Helper will not be able to read files saved with 1.4.0 (or newer)! For that reason, we strongly suggest that you always store away your existing designs before working on them with a newer version. By doing so, you keep the option to step back to the previous Wing Helper version if you wish to or if a need arises.

1.4.0 introduces a great variety of exciting new features. In order to enable this, we had to re-work many program internals, changing quite a few of existing methods and algorithms. Please make sure to double-check your existing designs after moving to Wing Helper 1.4.0 - it could be, that some settings will need a bit of fine-tuning.

Last but not least, here is the list of the most important additions and changes implemented in 1.4.0:

This version can be freely downloaded from our home page. If you already have a valid Wing Helper license, this license is also valid for 1.4.0. If you don't own a Wing Helper license yet, and if you are installing the Wing Helper for the first time, you will get the full functionality for one week after the installation. After the test period has expired, DXF, PDF, ICE and SCAD export will be de-activated until you purchase a license. The rest of the functionality will remain unaffected.

We wish you many pleasant hours with Wing Helper!