Built to fit YOUR needs!

version 1.4.0 is coming along nicely - if all goes according to the plan, we will have the first public beta version before end of this year!

In this article, we present you the most interesting already implemented new functions and improvements, as well as a detailed list of what else we have planned for 1.4.0. Please note, that the functions presented here are not yet available in the current versoin 1.3.1. The license for 1.3.1 will still remain valid also for the version 1.4.0. 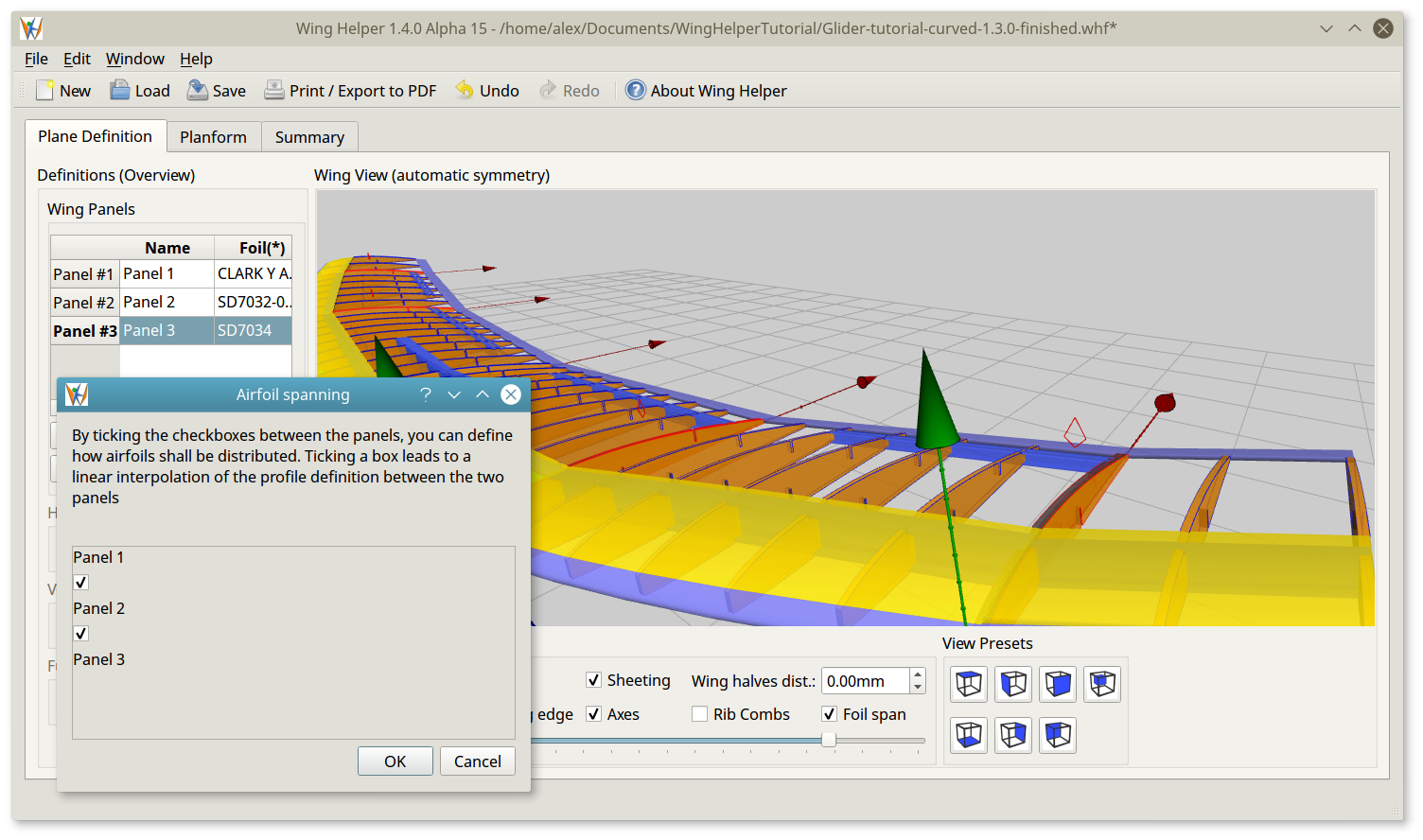 Every gram of weight counts! For that reason, Wing Helper 1.4.0 brings the support for automatically placed lightening holes. The exact shape of the holes can be defined in the usual Wing Helper manner, by specifying the corresponding parameters:

The completely overhauled function "Import Airfoil" now also offers the possibility to trace and reproduce airfoils you found on the internet or scanned from old magazines. This means, you also get to use the airfoils which are not included in the standard Wing Helper distribution, respectively which are not yet available as a DAT or as a COR file. The following screenshots are showing the functionality of the new "Airfoil Designer", starting with a base form with embedded background picture, all the way to the finished airfoil.

The list on the right side of the window holds all previously imported or manually defined airfoils available on your disk. If you don't need an airfoil any more, you can now also remove it from the list (and therefore from the disk). 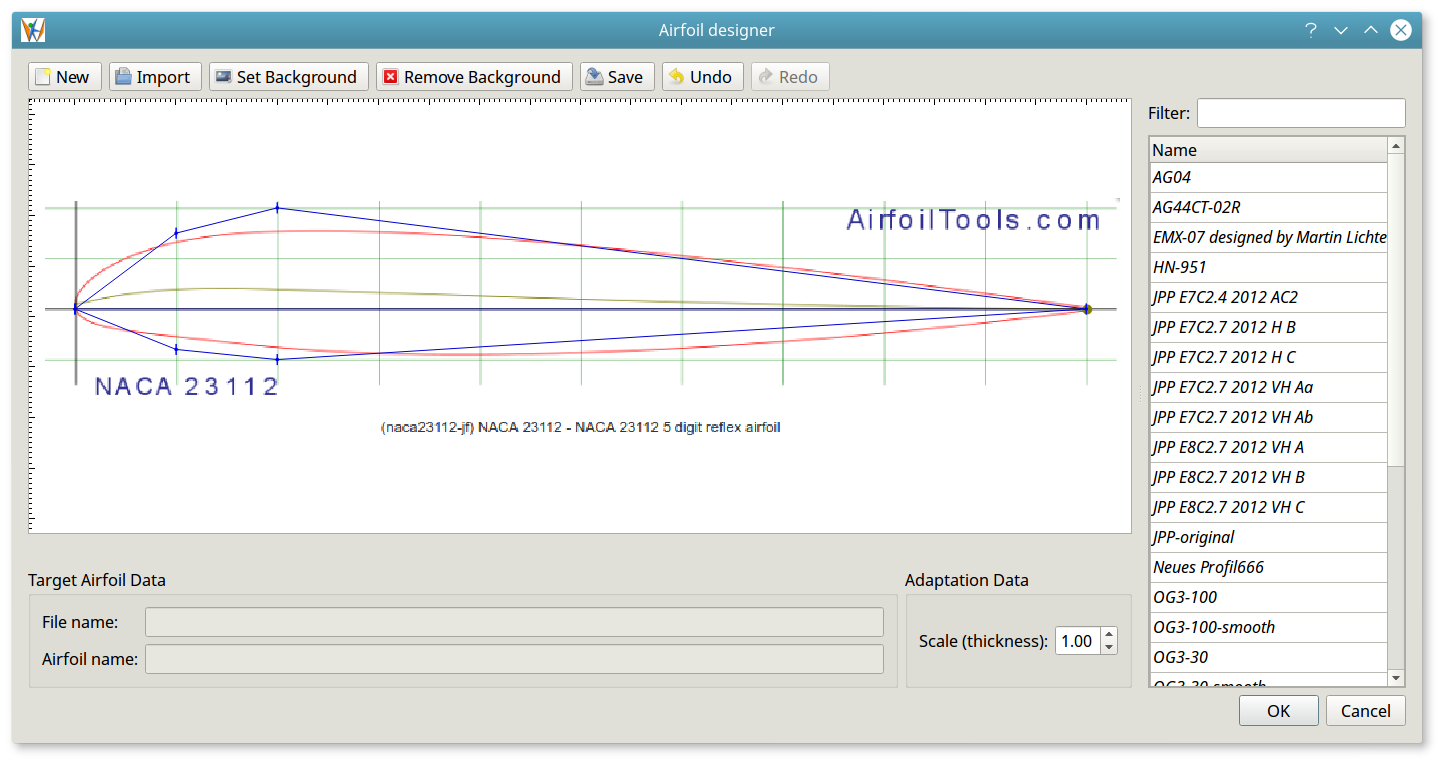 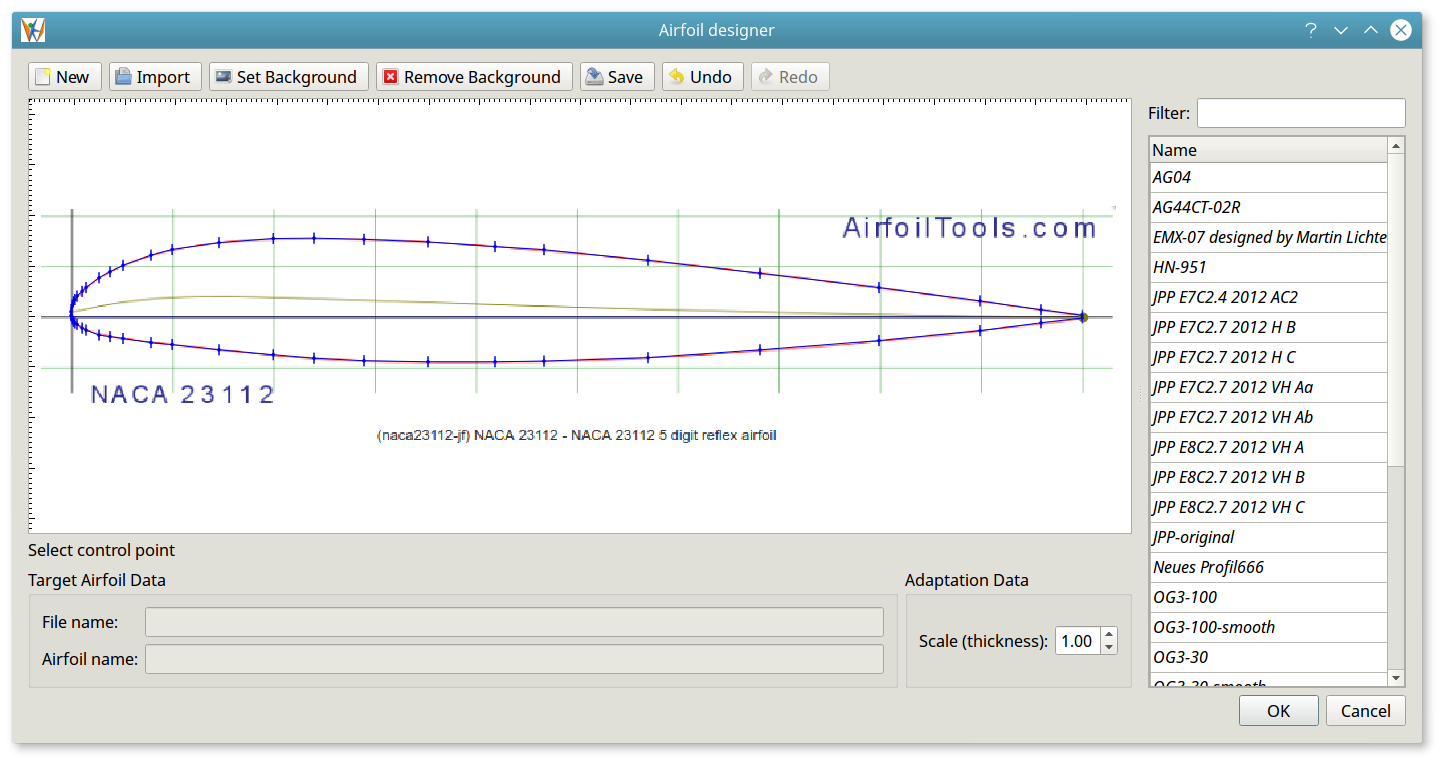 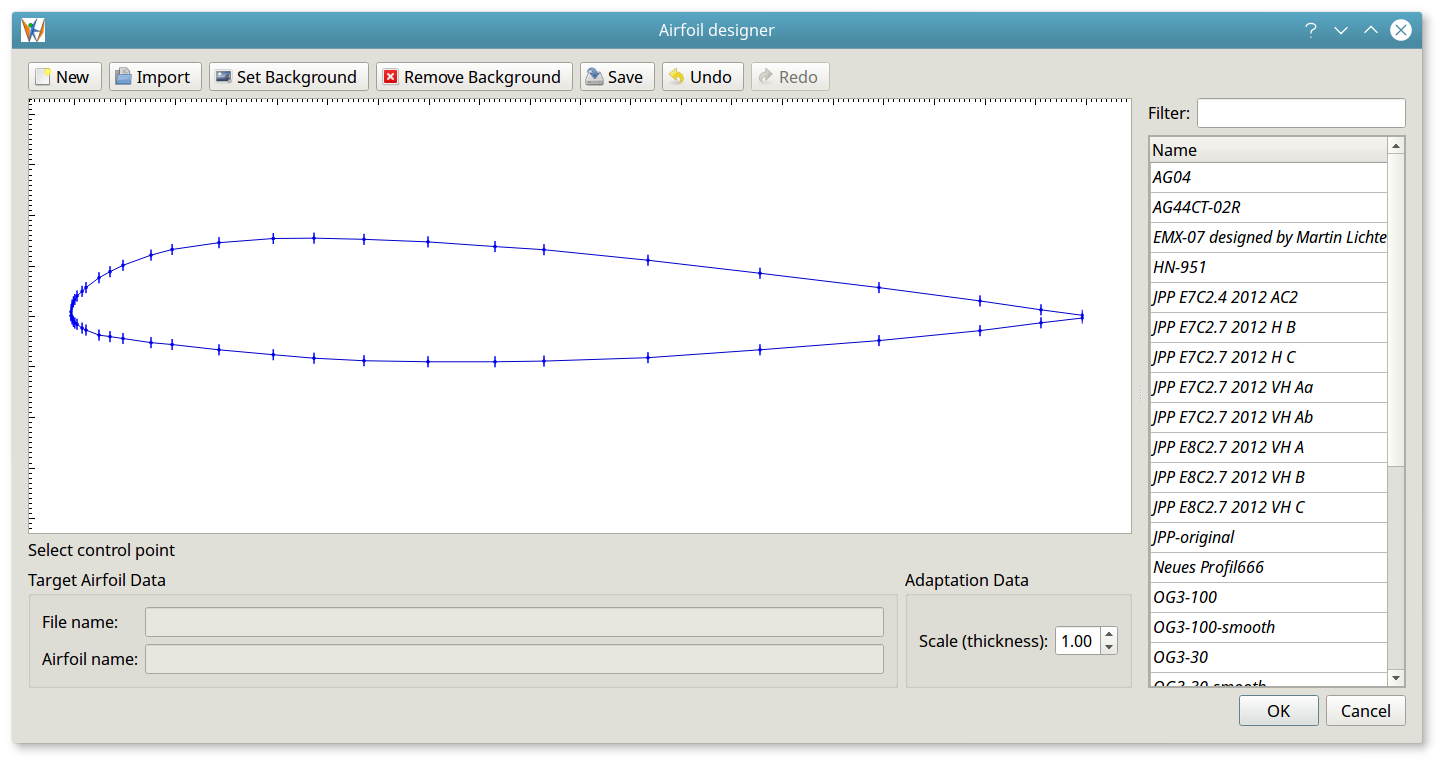 To be able to easily remove the building tabs after the wing is finished, Wing Helper will support the option to also include the corresponding "holes" or "notches" into the tabs: 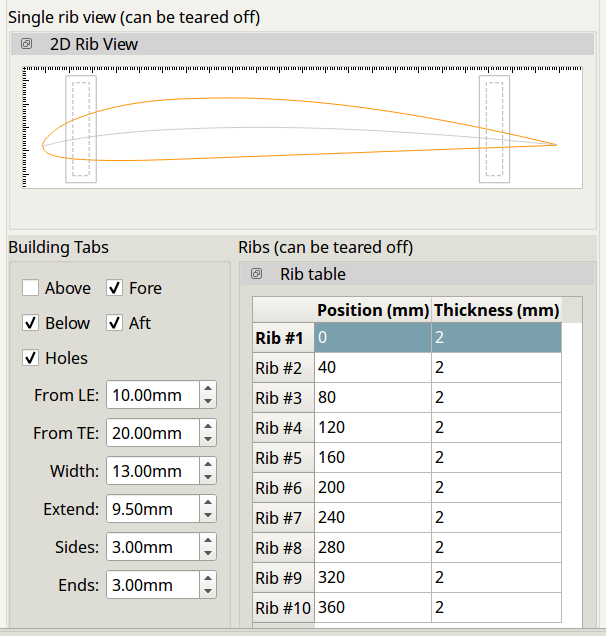 This is how such building tabs will look in the DXF output:

If you wish to work on details of your wing in a 3D CAD program, Wing Helper 1.4.0 will  give you the possibility to export your designs as a 3D SCAD file. SCAD files can be opened, viewed, and exported in STL format by a free (open source) program OpenSCAD. This allows you to also implement the ideas which are not yet supported by Wing Helper or which do not fit well with the Wing Helper's parametric approach. Of course, this does not mean, that Wing Helper is not striving to cover all the needs of ambitioned RC plane designers! We will continue to follow the path we set out, there are no plans to switch over to a 3D CAD approach. 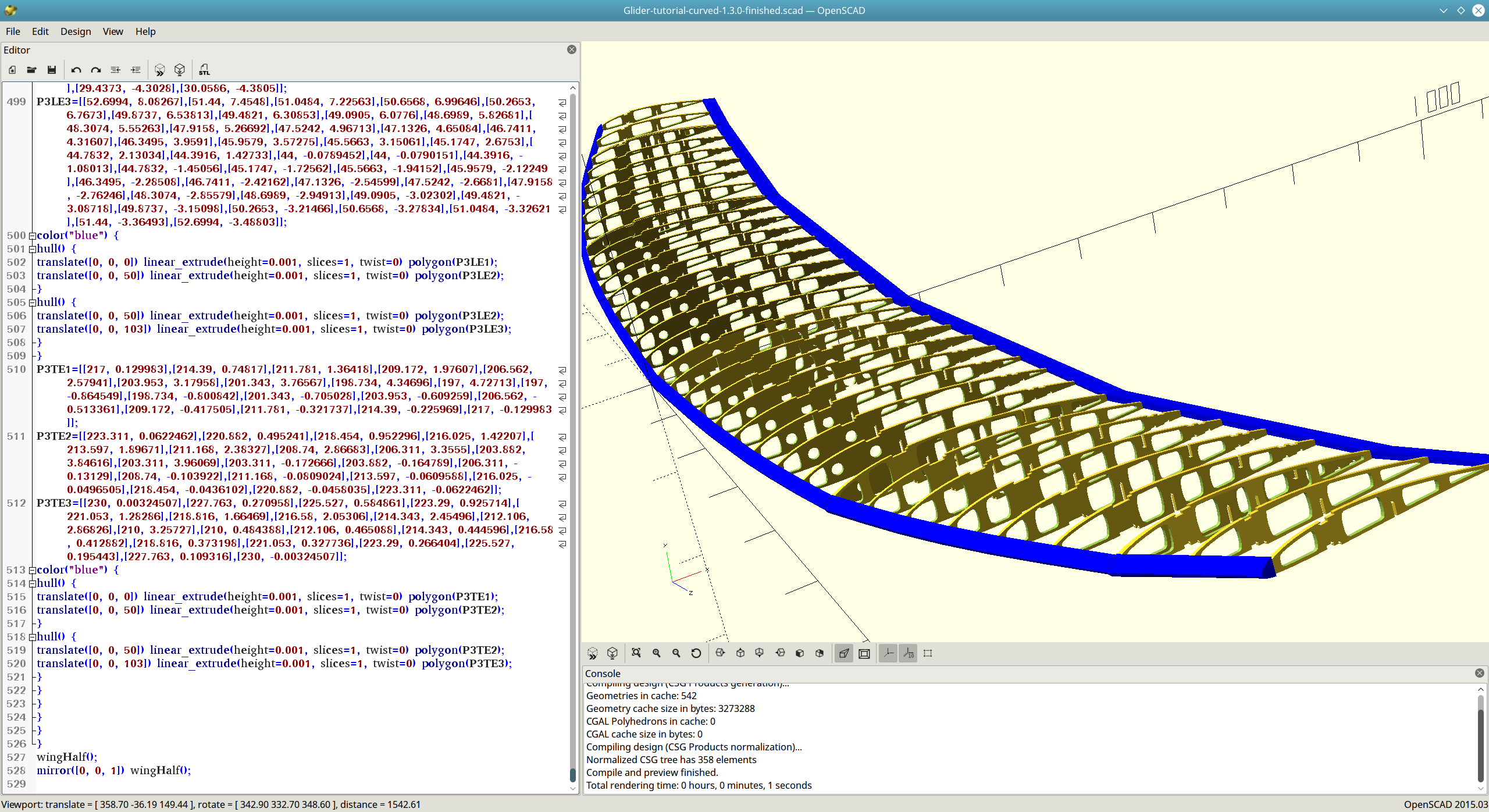 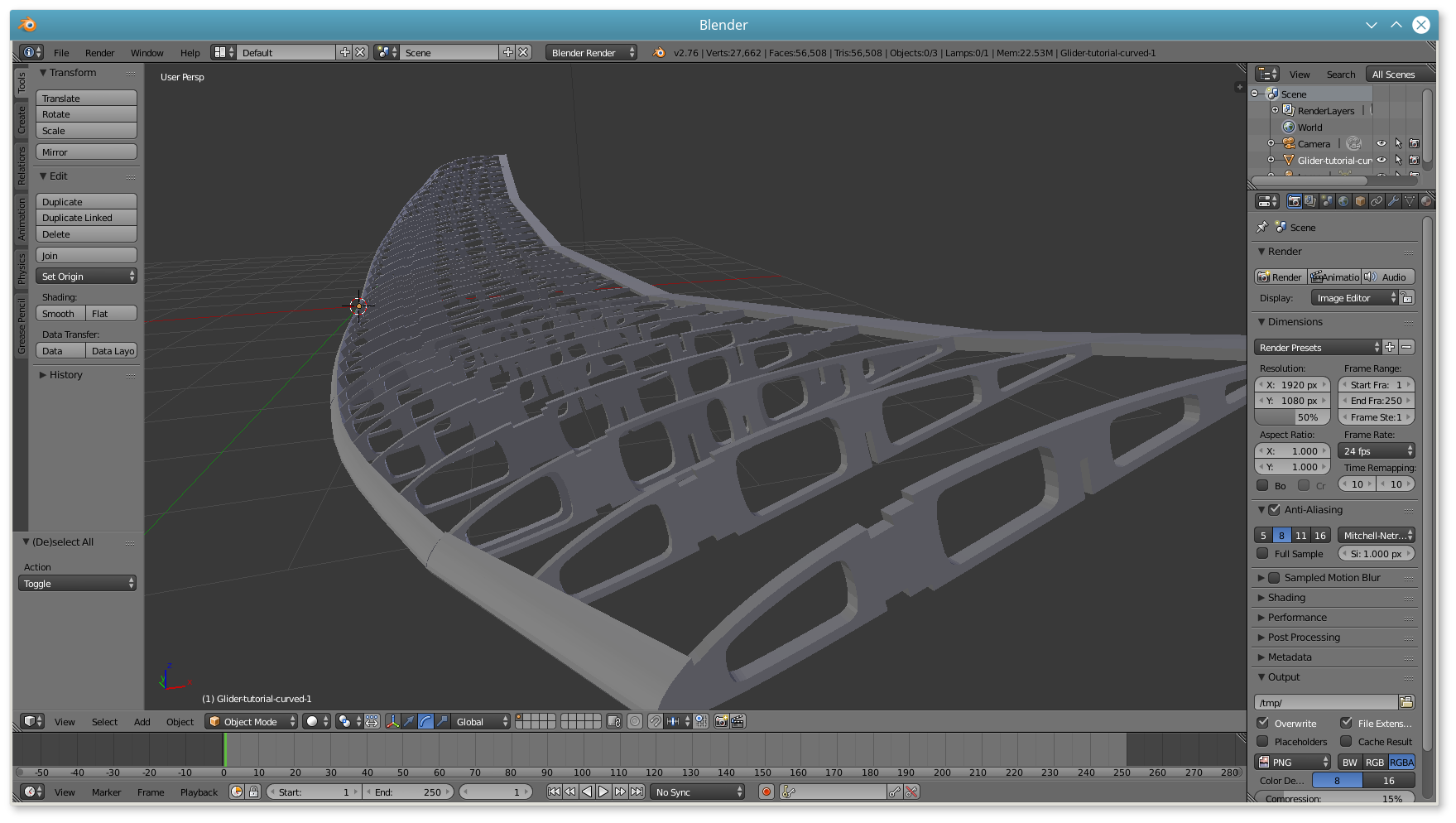 Last but not least, here is the list of functionalities, which we seek to implement in Wing Helper 1.4.0. Please note, that we can not guarantee, that all the items on the this list will be ready in time for 1.4.0. Those which don't make it on time will be moved to 1.5.0 (or later).

We hope we managed to wake your interest! If you have further wishes or suggestions, or if you just want to say "hello", you can reach us in our forum, on the Wing Helper Facebook page, or under the address This email address is being protected from spambots. You need JavaScript enabled to view it.